Pablo Pérez Salido is a dual-qualified attorney in the United States and in his home country of Spain. Pablo received a dual degree in law and political science from the Universidad Pablo de Olavide in Sevilla, Spain. Upon graduation, he practiced as a civil litigator until moving permanently to the United States in 2015.

In the United States, Pablo received his Juris Doctor from the Drexel University Thomas R. Kline School of Law and is currently admitted to the practice of law in the Commonwealth of Pennsylvania, the District of Columbia, as well as in the U.S. District Court for the Eastern District of Pennsylvania. Prior to joining the office of Jaime Barron PC in Washington, D.C., he practiced civil litigation in the Philadelphia metro area.

Pablo is a huge Sevilla Futbol Club fan and in his spare time, he likes to go hiking with his family, cooking a good Spanish meal, and reading some contemporary history book. Pablo is bilingual both in English and Spanish and is fluent in French. 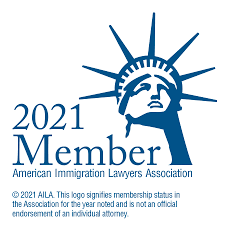