Prior to starting his own law firm, Mr. Barron devoted his time and efforts to assisting the disenfranchised. He worked for Proyecto Adelante, a local non-profit agency, representing immigrants, refugees, asylees and victims of domestic abuse. Mr. Barron also worked with many of the top Immigration Law Firms in the Dallas - Fort Worth area. During his legal career, local television and radio stations and newspapers frequently interviewed Mr. Barron due to his legal expertise. He has represented thousands of individuals and businesses in all aspects of U.S. Immigration and Nationality Law, from investors and employment visas to deportation defense and aggravated felons. He has also worked extensively with family petitions and special programs such as TPS, NACARA, DACA, Prosecutorial Discretion, Late Amnesty among other programs. He has represented individuals in personal injury matters, incorporations, divorces, contract review, and preparation.

Despite his hectic schedule, Mr. Barron continues to serve the immigrant community by conducting frequent educational seminars at Churches, Mosques, Schools and Community Organizations. In addition to his legal capabilities, he is a former bodybuilding competitor, martial arts instructor, a black belt in Aikido and second-degree black belt in Brazilian Jiu-Jitsu. He is also bilingual, with fluency in both English and Spanish. As an immigrant from Veracruz, Mexico, Mr. Barron has lived firsthand the process of immigration to the United States, which strengthens his understanding of the process of immigration. 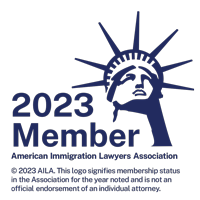